Utopia Karon is a condo and apartment project located in Karon, Phuket and was completed in Jun 2021. It has 238 units across 4 floors and was developed by UTOPIA CORPORATION CO LTD, who is also behind Utopia Dream Villa, Utopia Dream Condo and Utopia Yamu.

Welcome to the project that brings you to all comfort and worthiness on investment at Utopia Karon, a condominium on Karon hill on over 7 rai with the sea view and verdant mountains with natunal richness. Just a few steps to Karon Beach, the stunning beach surrounded by shops and restaurants. The project fully provides facilities, including a 5-star-hotel services, a swimming pool, restaurants, bars, spa, a gym and many more; everythings that you can expect from luxurious condo and special privileges from the hotels and projects in Utopia Chain.

Project Information
Utopia Karon is located at Patak Soi 14, Karon, Muang, Phuket. It is a project development from Utopia Development, which was completed in 2020. The project is a 4-story low-rise condominium with 238 residential units on approximately 7 rai.

Direction
To get to the project by car, start from the roundabout at Karon Beach. Head southeast along Patak Road (Route 4028) for approximately 2.3 kilometers and turn left onto Soi Patak 14 for 230 meters. Turn right, you will find the project on your left. Do you own a property at Utopia Karon?

Find out how much your property is worth and start your listing for free.

Valuate Now How it works

Ratio of Parking Spaces to # of Units 24%

Charging Stations on Site No

# of passenger lifts in each building 2

Common Area Management Fee
The common area maintenance (CAM) fee has to be paid monthly by owners for the upkeep of the common areas of condominium and housing projects. For new build projects, it is common to pay between 1 - 3 years’ management fees in advance upon the transfer of the unit’s ownership.
฿50/SqM

Utilising their extensive experience and knowledge on Australian design and construction, injected a sum close to 2 billion Thai Baht into the development of the properties. IPA Corp formed the Utopia Development business unit, and currently having 6 progressing projects in Phuket island.

Utopia Naiharn Villa and Condo (UTN) was launched in April 2016 with one of Phuket’s longstanding family construction companies, House and Home – House Care services (H&H) engaged to develop and construct the project consisting of 110 Hotel Condominiums and 9 Villas. This project was recently completed in September 2018.

The success of the UTK and UTN projects, In April 2017, Utopia Development partnered with H&H to form Utopia Construction Group. The fourth project was then released – Utopia Central (UTC) to cater for the entry level buyers. This hotel condominium consists of 405 units and is located in the Central Festival of Phuket shopping mall, Phuket town centre, hospitals and schools. With construction commenced, the estimated completion date for this project is currently at February 2020.

Due to high demands and rapid success, in July 2017, Utopia Construction Group launched Utopia Development’s fifth project, Utopia Karon (UBR) at Karon Beach, a joint venture project with BQ Overseas. This project offers stunning views of Phuket’s beautiful Andaman Sea, and consists of 238 units having both Freehold and Leasehold ownerships available to our investors and buyers.

BQ Overseas entered into another joint venture development in April 2018, Utopia Maikhao (UBM), with Utopia Construction Group overseeing the Development and Construction works. Construction has commenced for this 92 Luxury Villas in the northern seaside of Phuket, with an anticipated completion in February 2021.

No pets are allowed at Utopia Karon unless specifically permitted by the juristic office. Exceptions can be made for service or guide dogs for persons with disabilities.
The common area maintenance fee at Utopia Karon is ฿50 per square meter based on the size of the indoor area of the property. This fee has to be paid every month by owners for the upkeep of the common areas of the project. For new residential developments, it is common to pay up to 1-3 years’ common area maintenance fees in advance upon the transfer of the properties' ownership.
Utopia Karon offers a guaranteed rental return of 8% (based on the purchase price of the property) for a duration of 3 Years.
Read more here.
Kata Beach is the nearest Beach from Utopia Karon and it is 1.4 km away.

Foreigners can own a condominium Freehold in their own name. Condominium ownership is best explained by looking at an example of a project that has 100 units for sale.

In this example, 49 of the total units in this building (or 49% of the total salable area) can be owned outright by non-thai nationals in their name.  The ownership titles of these 49 units is referred to as Freehold or Foreign Quota.

This leaves 51 units remaining in the building (or 51% of the total salable). The freehold rights to these units are reserved for Thai nationals in what is commonly referred to as the Thai quota.

After you have found the right property at Utopia Karon you have to follow these steps:

Thailand has different visas like Spousal Visa, Retirement Visa, Student Visa and Elite Visa - just to name a few options. Each visa has different requirements but they are usually easy to obtain.

Kimbery Chotvanit, Thailand, 11 months ago
I just bought 1 room here at an excellent price because I purchased it since it was newly launched. I also do business in Karon Beach and have been renting someone else's condo for many years. And now I want to have my own place. Plus, my business is now going well. I thought that I made the right decision in choosing this condo because it is very close to Karon beach; you can walk there within about 10 minutes, easy to find food, and not far to the town. As a matter of value, let me say that the project gives many facilities such as a bar, restaurant, swimming pool, fitness, spa, and many project privileges. I like it very much because you can stay at Utopia hotels for up to 40 nights a year. Now, I keep in mind that when my family visits Phuket, they can stay in the hotels in the chain for free. What a good deal! Utopia Karon is conveniently located just 280 m from Ice Family Tour, which can be reached within 3 mins. by foot.

Phuket International Airport is located 48.2 km from Utopia Karon and it takes about 1 hour 5 mins. by car or taxi (depending on the traffic) to get there. 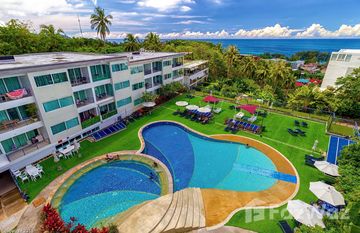 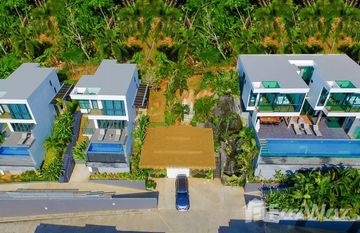 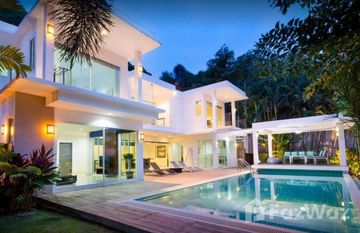 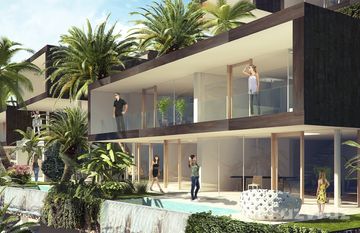 The Ark At Karon Hill